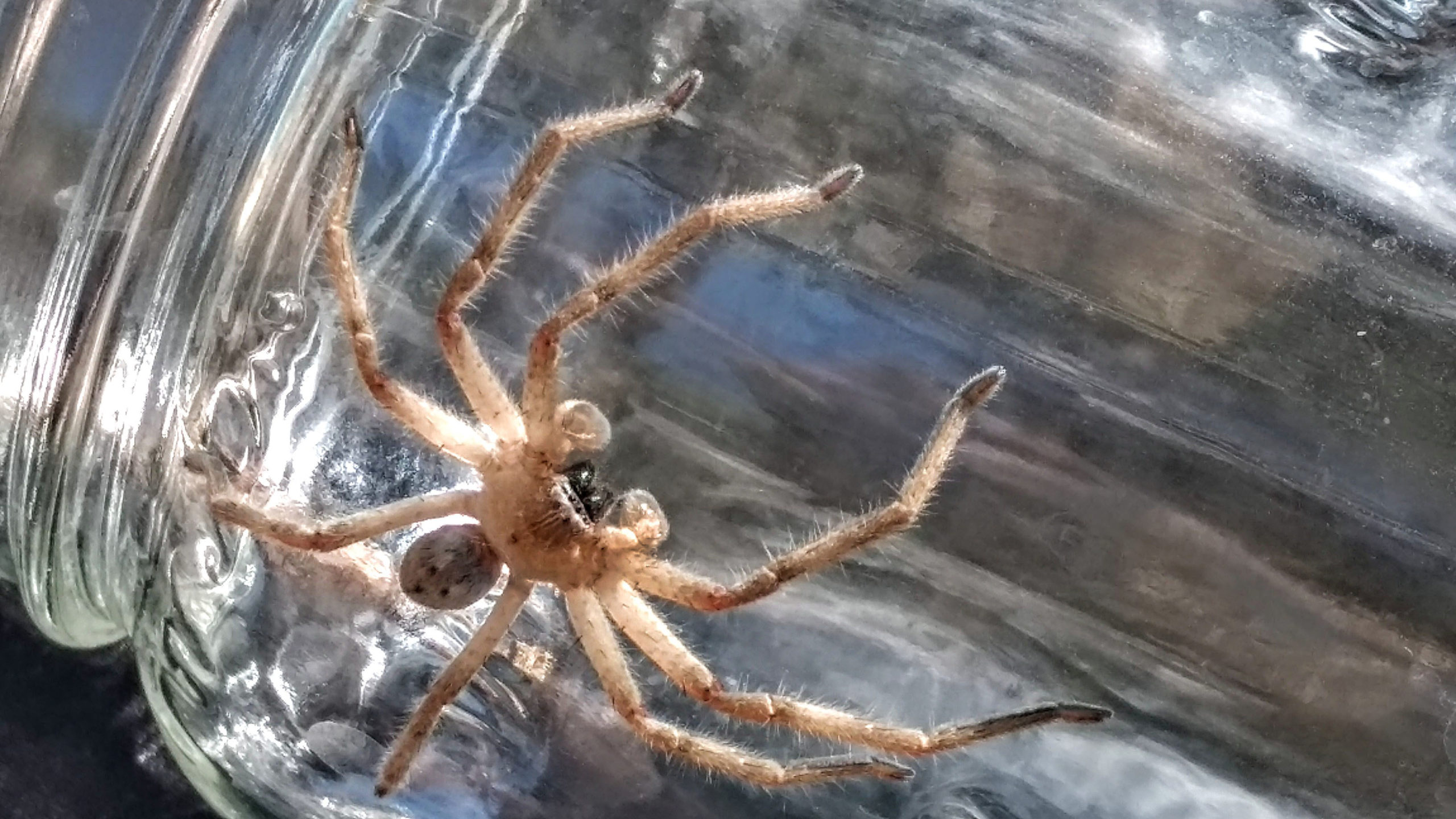 I am speculating it is possibly a Huntsman or Hobo spider, because of the large glo9bes on the tip of the palps (like boxing gloves). From the underside the palps appear to have dark circles pointing downward (resemble pupils in an eyeball). I didn't get a pic of this.

The beast was found in the house, in a bathroom, perched upside down, and in a corner of the ceiling. I was able to capture it easily in a glass jar by slowly approaching it from below. It did not move as the lip of the opening got close, enveloped it, and then touched the ceiling all around it. Once the jar hit the ceiling though, the spider let go of the ceiling, and dropped right into the jar. It did not try to climb the sides to get out, so it was easy to put the lid on. After a few minutes, it climbed up the side and was able to perch itself on the side of the glass jar, even though the surface is very smooth.

After getting a few pics, I let it go outside in some oleander bushes. That was a little bit of a task because I had a little trouble trying to get it out of the jar. Shaking the jar gently, upside down, did not dislodge the creature. Its grip was surprisingly strong on the glass. So I laid the jar on it's side and took pic. It did not try to crawl out. Then I placed the end of a thin stick right towards its face. When it got about 1/4 inch away from its eyes, the spider pounced on the stick end, with all of it's legs very quickly wrapping around it. And then, just as quickly, it retreated. Pretty cool. I assume it tried to bite the stick. Once that happened, it decided to come out of the jar. It walked both sideways (crab-like) and straight ahead. Then it crawled up onto the outer surface of the jar. That's when I carefully moved the jar over to the bushes. It didn't try to attack me, or jump off. Once the jar was placed on the ground next to the bushes, it climbed off and immediately started heading out of the sun - toward the deep shade of the bushes. Becoming steadfast friends through the experience, We bid our reluctant toodaloos.