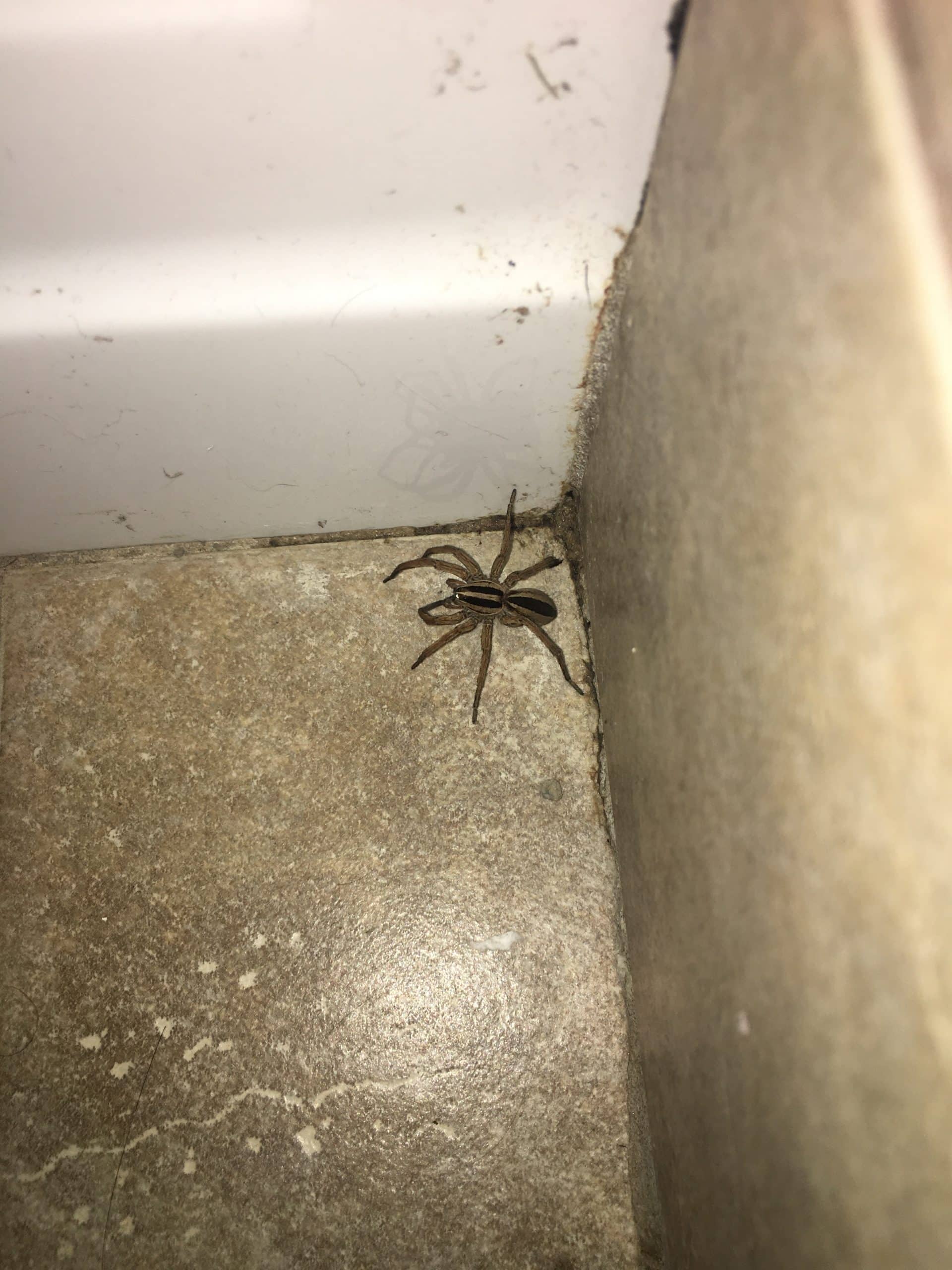 What you’re dealing with there looks like a rabid wolf spider. It could be a large or bulky grass spider, as they’re kind of easy to mistake for wolf spiders, but more than likely a wolf. Grass spiders have more prominent spinnerets that stick out in a point behind their abdomen (mostly, there’s always some weird exceptions) but I’m not seeing any on this guy. I’m decently confident that’s a wolf spider. They aren’t considered to be medically significant, though, so I wouldn’t worry too much about that one causing any harm.