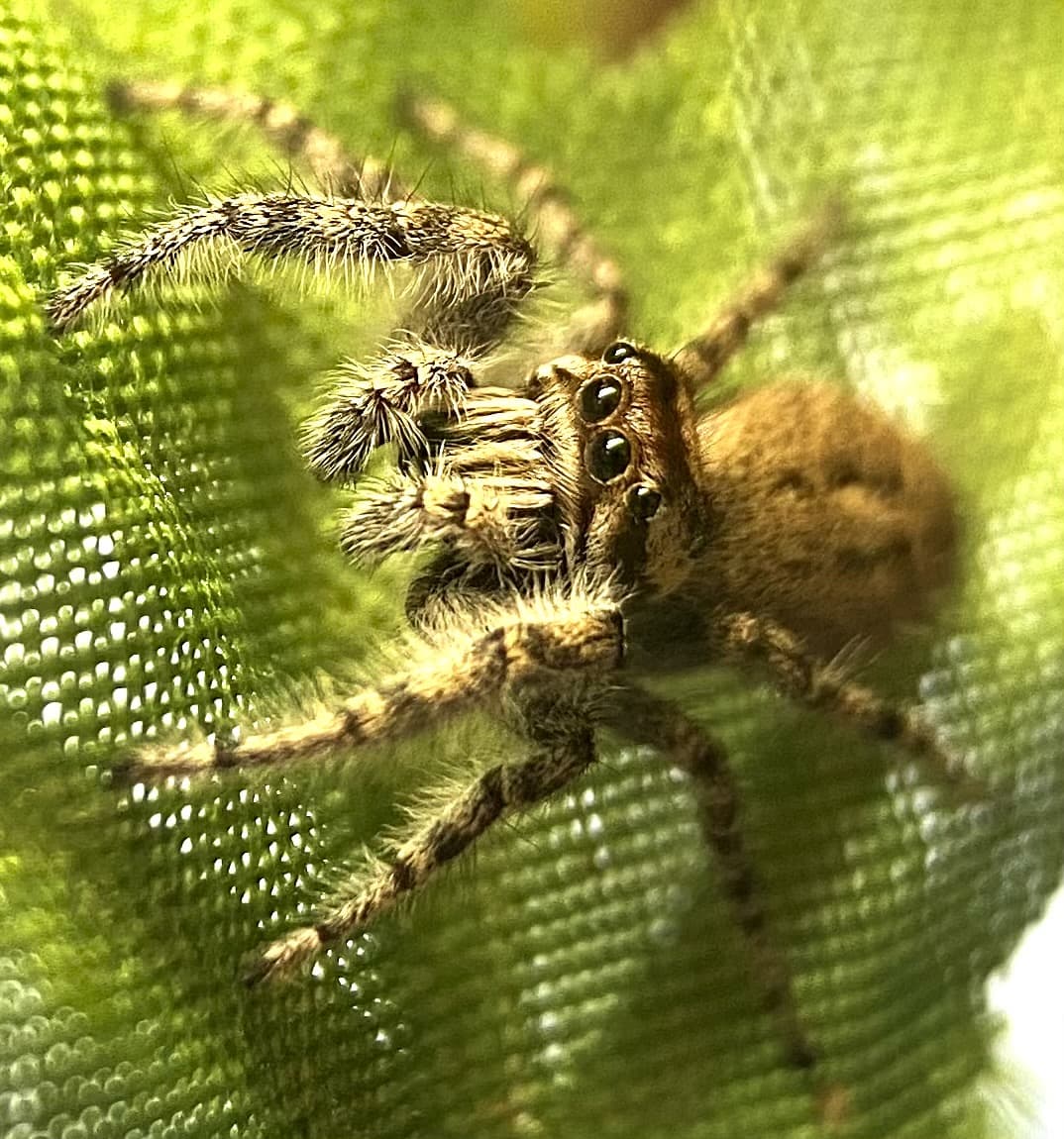 This is my second posting of this spider as the commenter from the first said that a dorsal view would help identify it. I initially thought "Bella" was female, I guess because she is so cute, but I have been informed a few times that she is a he. She was initially mostly gray/white with some black and has molted once. She now is more peach/black and has very distinct stripes on her face which is more squarish than my other jumpers. She also seems to have green eyes. Her Chelicercae are difficult to observe and appear to have vertical stripes with hair. She is very active, following and watching me as I move around the room. I found her in an olive tree in the spring. I have tried to determine her/his species and was considering P. Comatus, P. Adumbratus, or even a Putnami. Not sure.