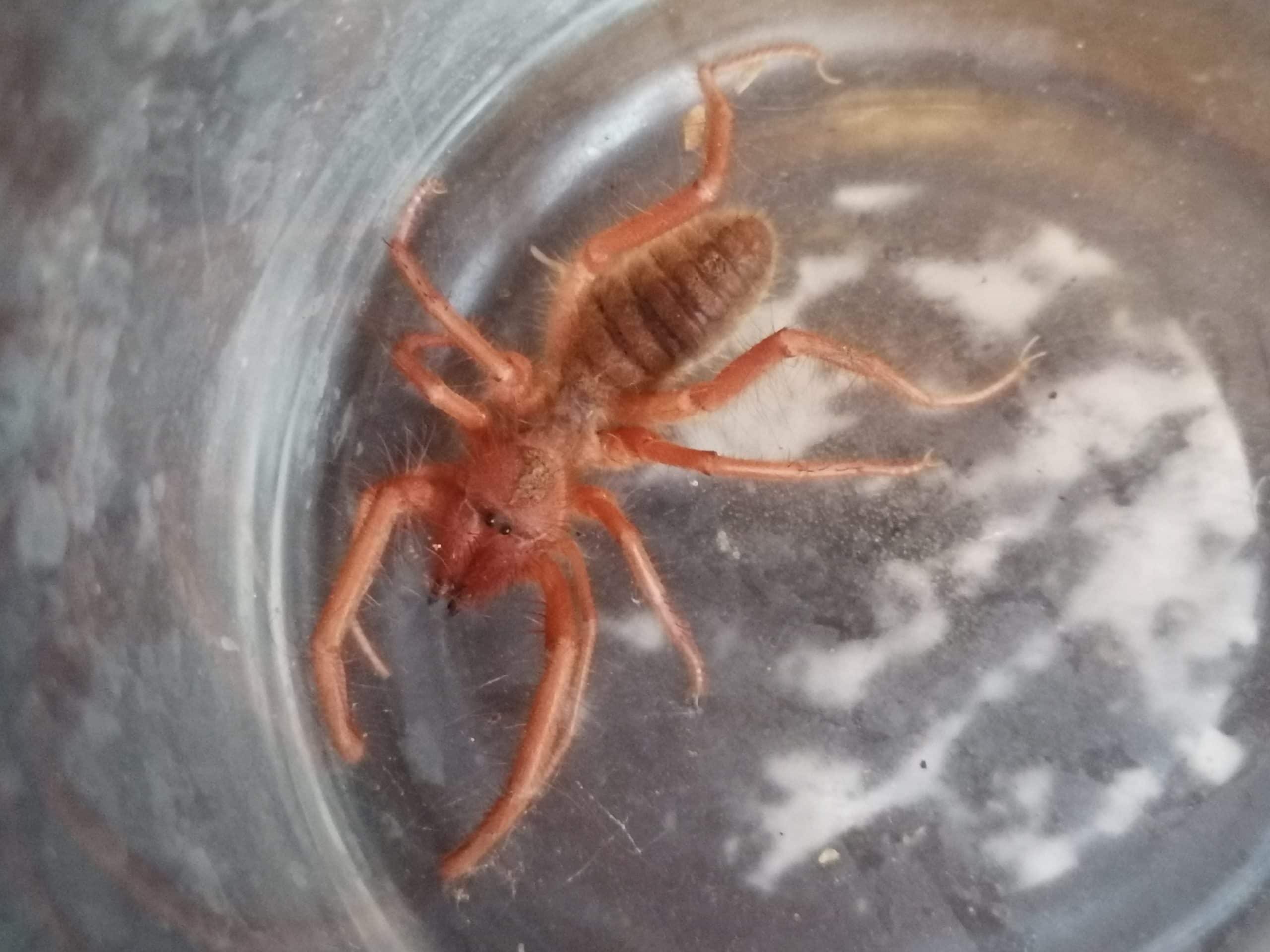 Please guys I need some information about this spider. Any help would be greatly appreciate.

Solifugae is an order of animals in the class Arachnida known variously as camel spiders, wind scorpions, sun spiders, or solifuges. The order includes more than 1,000 described species in about 153 genera. Despite the common names, they are neither true scorpions (order Scorpiones) nor true spiders (order Araneae). Most species of Solifugae live in dry climates and feed opportunistically on ground-dwelling arthropods and other small animals. The largest species grow to a length of 12–15 cm (5–6 in), including legs. A number of urban legends exaggerate the size and speed of the Solifugae, and their potential danger to humans,… Read more »