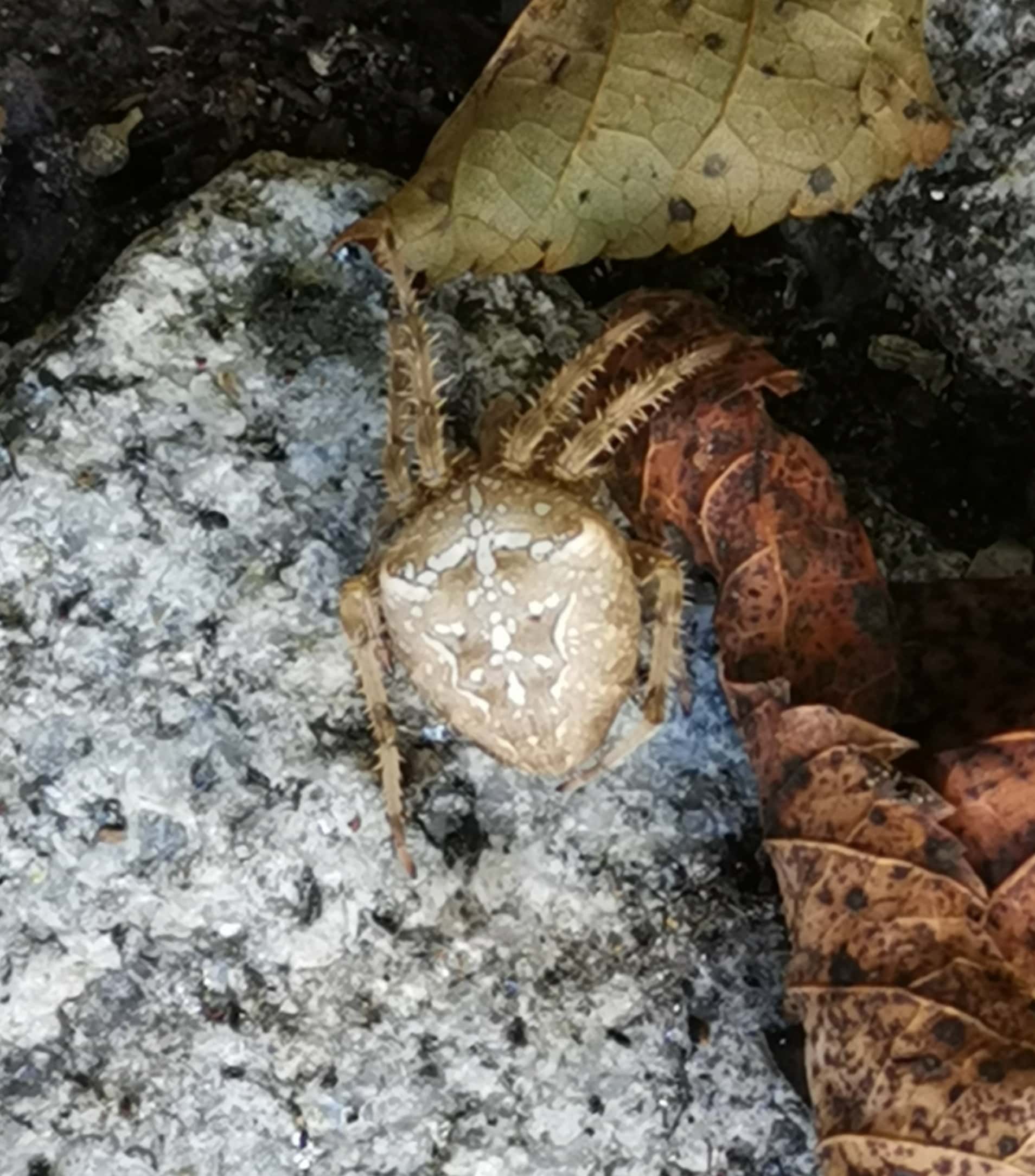 I think this is Araneus pallidus, a Pale Cross Orbweaver. She’s pretty!

Lol, yeh, she caught be by surprise as she jumped down at me! I think she shot some web as a parachute… But not sure if that was a trick if the light.

They DO release web when spiders jump or loose their footing. It usually acts as a tether and breaks the velocity of their fall. It is possible that it could act like an unexpanded parachute (better than none) if it is released in mid-air. Spiders are internally fragile. A hard impact does more damage than it appears to It’s like trauma to our brains within our unfractured skulls. She probably fell, I don’t think she would want to jump. So, you both got a surprise.