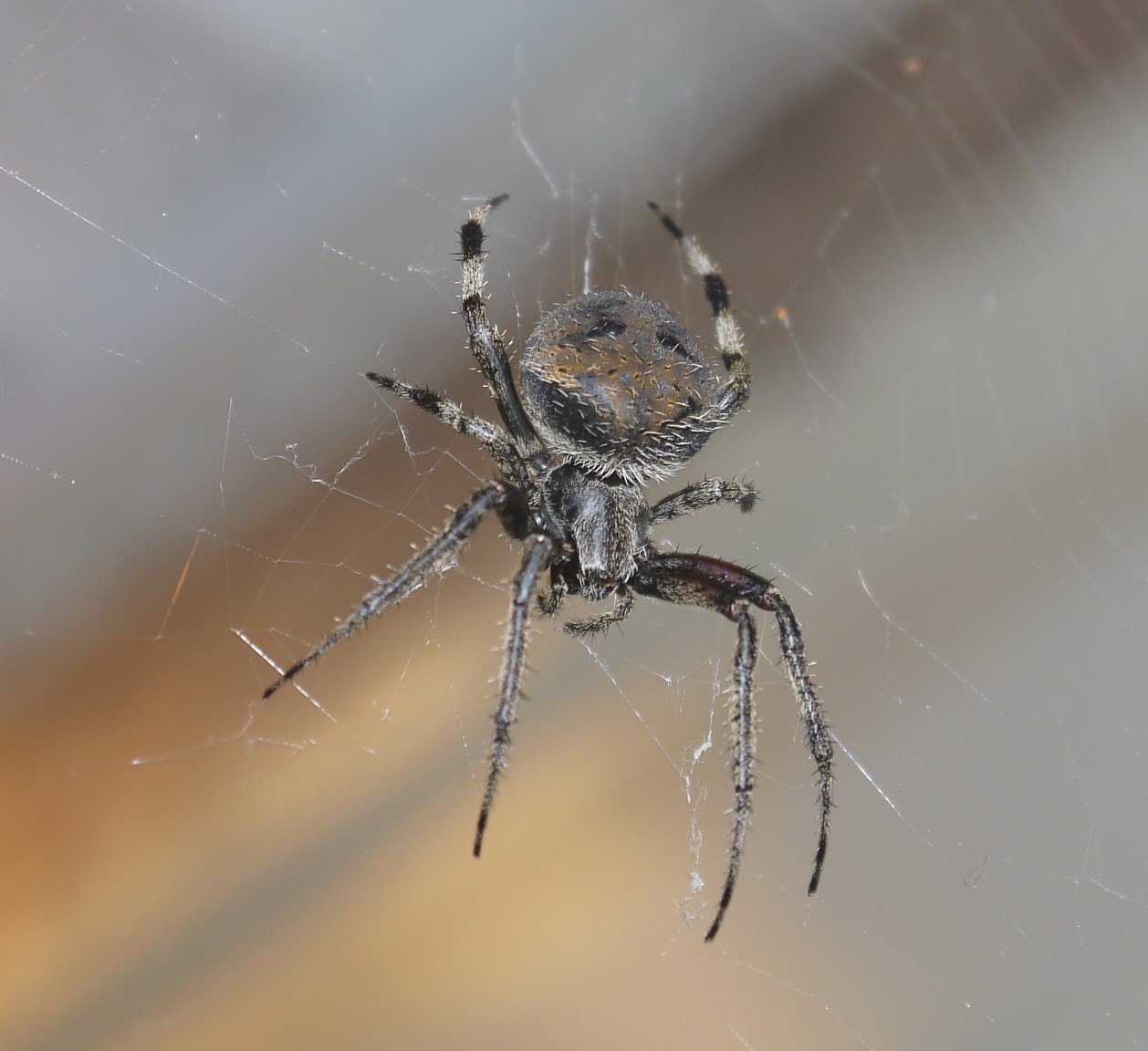 I believe that this is either a Larinioides cornutus or in the Larinioides family. Live in South Alabama near Mobile Bay and have noted unfamiliar species turning up following major weather events over the years. Brown Widows appear to have displaced Black Widows for example. Just returned from North Al and noted my daughters apartment had a large web and Neoscona crucifera sitting in the middle outside the window. Same with neighbor too. Initially though this was the same but now realize they are quite different.