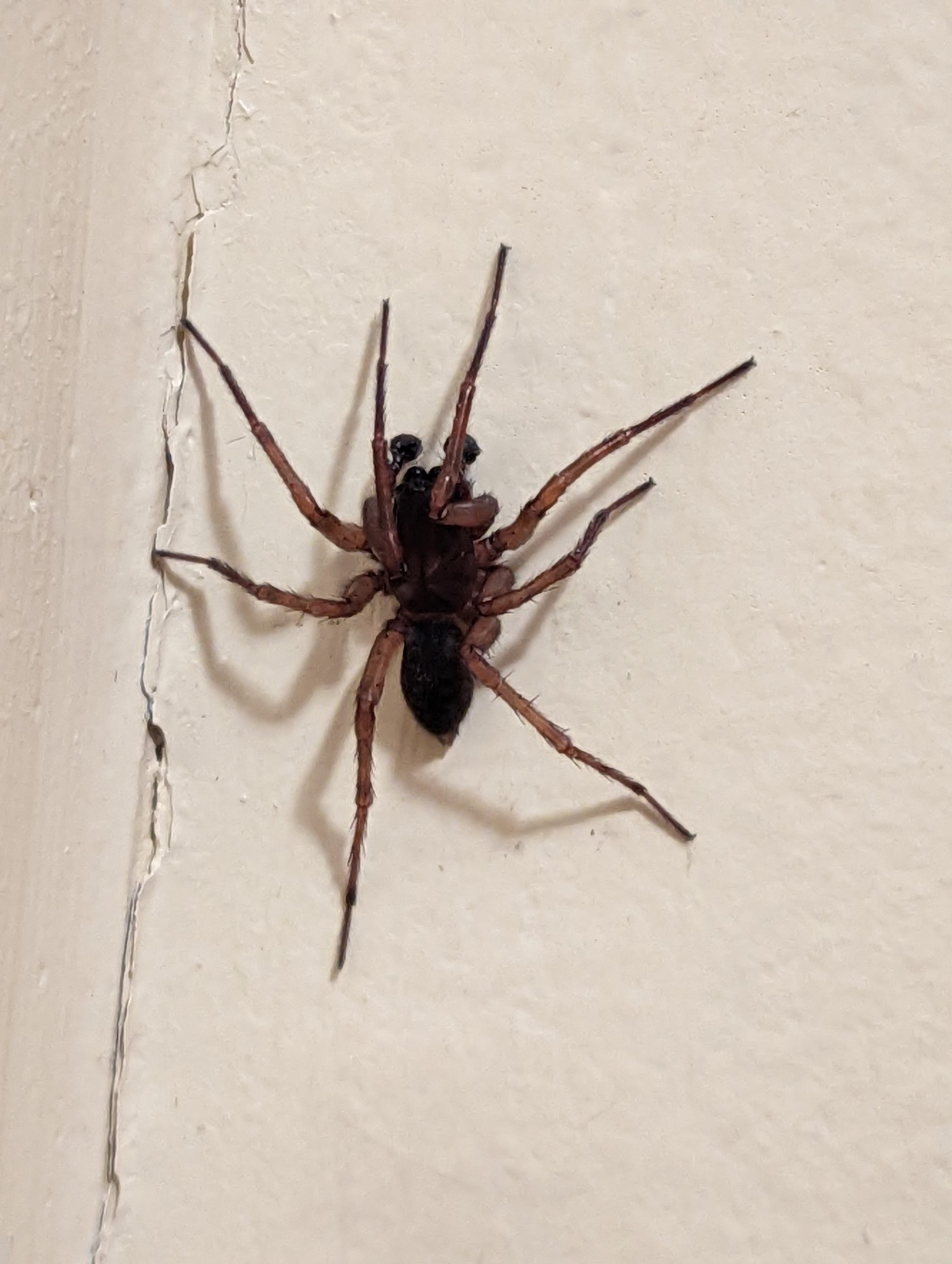 Herpyllus ecclesiasticus - Eastern Parson spider. I saw this guy on my porch and when I went inside I found him in the mudroom. He either snuck in with me and my dog, or it was a different spider. I picked him up with a tissue for fear my mother would kill him if she saw it. He began to escape the tissue so i threw it onto the porch outside. I did not see him emerge but thought, he'd figure it out.
i discovered something interesting and upsetting the next morning. I have a plastic bucket filled with sand to put out cigarettes on my porch (happened to be right next to where I threw the tissue). When I went out I saw a Spider in the bucket, perhaps my spider. Thinking nicotine can not be good for spiders, I went to rescue him and discovered MANY other Parsons inside. Most were dead, some varing degrees of alive/dying.What I assume was my spider was quite alive but didn't seem as spunky as the night before when I tried to remove him.
I sorted through and removed the butts trying to carefully extract the spiders still moving and rinsing them off on chance it may save some. There were 17 spiders! One immediately ran away (had to give chase to rinse) I think that was my guy.
Are spiders able to climb plastic? If they CAN climb plastic, they must have been drawn to the bucket as, seemingly, none escaped and many were inside. Perhaps it was just the sand they were drawn to, or stayed in bucket because of the sand? Or, is it possible they are attracted to tabbaco/nicotine?!? (The cigarettes are 100% tobacco no additive, cotton filter) If they cannot climb plastic, the bucket was in an unfortunate place where they happen to fall...to their death. (It WAS in a corner near a light where spiders do tend to hang out but there were no other species found) If they can't climb plastic, in trying to save mine, I may have been the executioner (irony sucks)
In any case, don't have sand in a bucket filled with toxins.