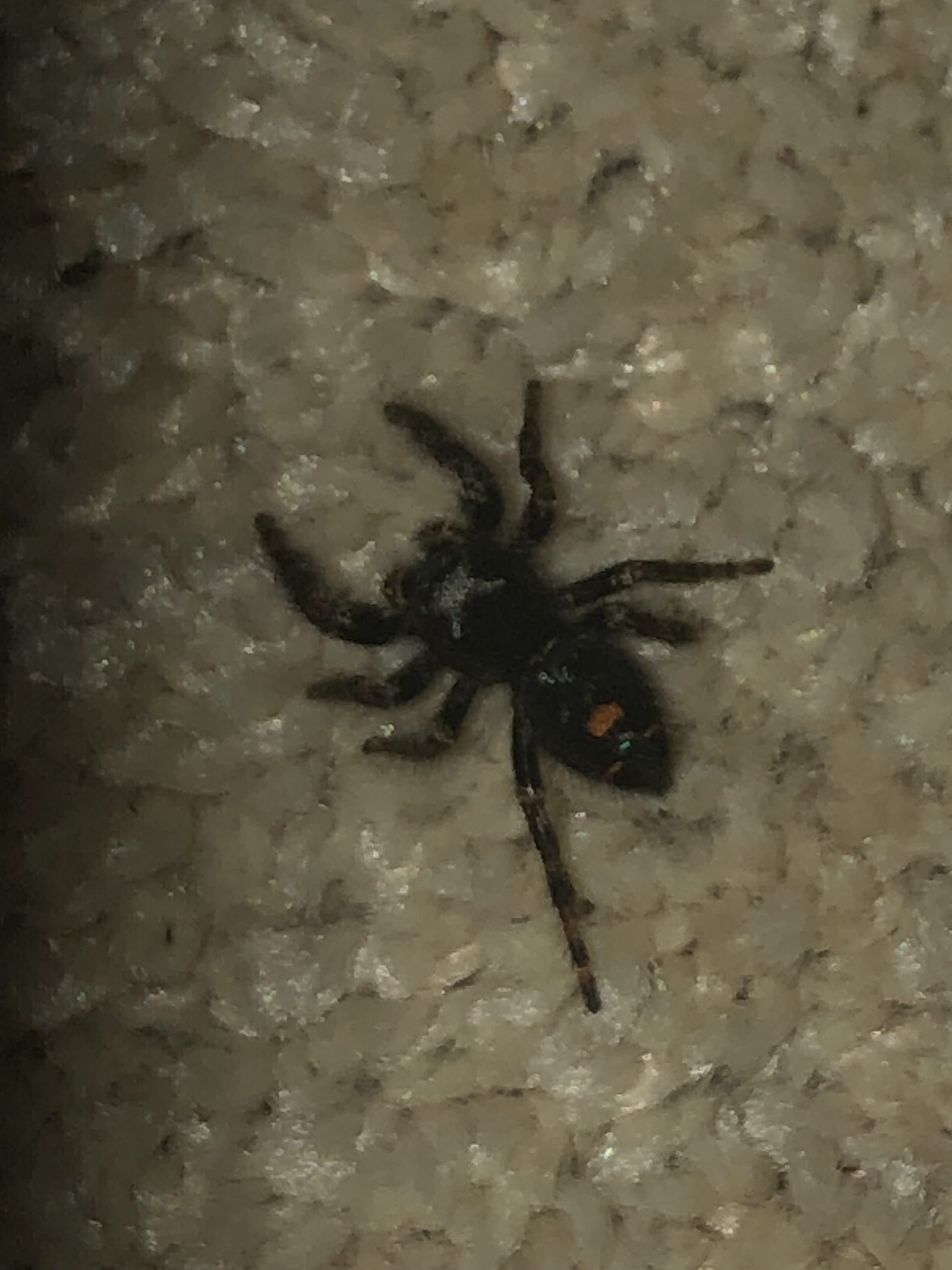 Isn’t as spindly as most spiders I’ve seen. When in light, legs have an alternating color pattern (black and orange). Main body is black with an orange triangle on the abdomen. Did not get a clear image of the eyes, but it appeared to have two prominent eyes near the top of the face. Chelicerae seemed to point downward, away from body. Capable of producing silk, as it created a string to descend from the windowsill (in an attempt to escape from my cat).

Extra Note: the specimen was discovered near moving boxes, so it may have snuck in in an effort to find a sanctuary.