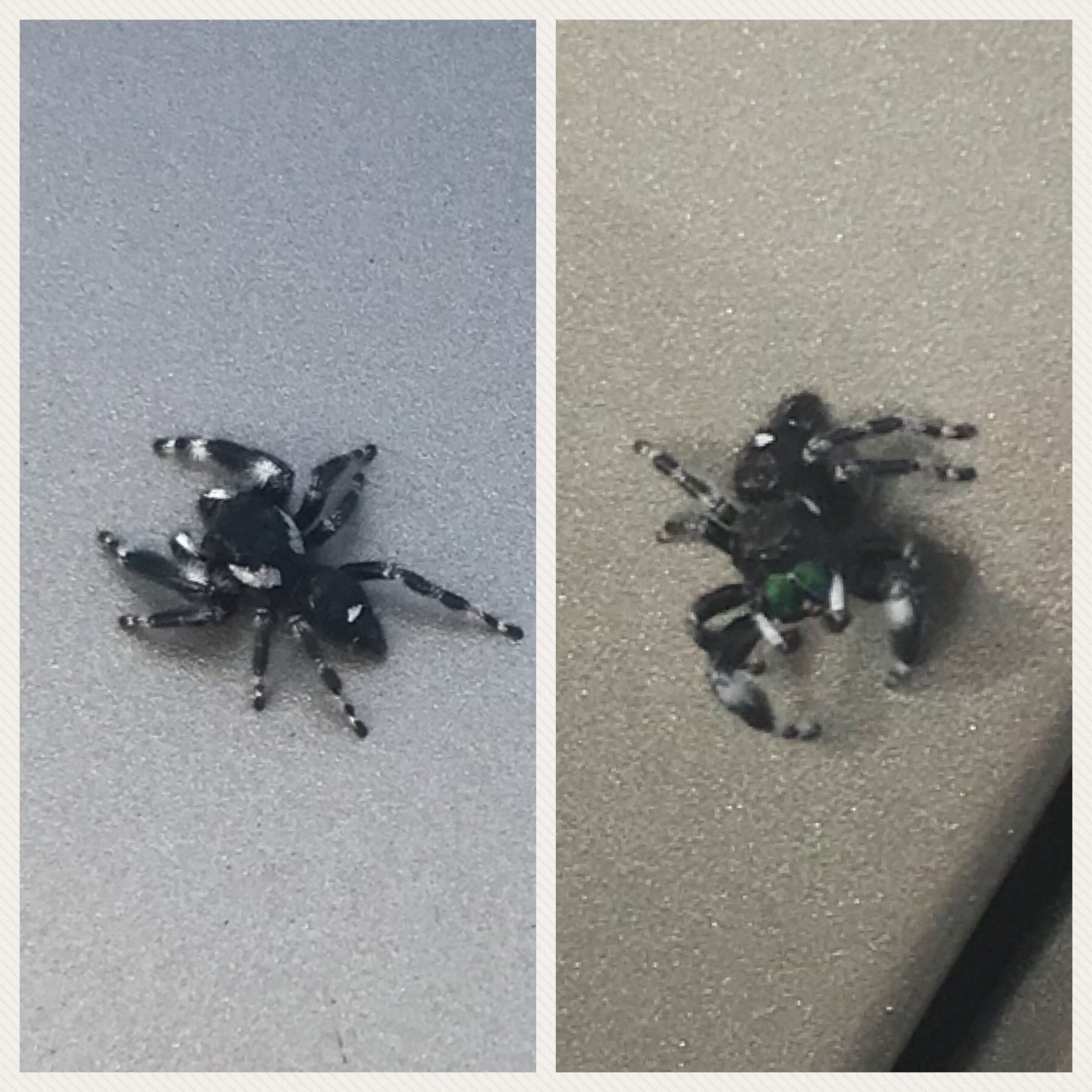 Hi, your image has been filed. (See above image for ID.) 🙂

I highly suspect a wrong identifiacation. It should be a male phidippus REGIUS. See those white patches behind his head ; male regal jumpers have them

That feature is not exclusive to P. regius. I initially filed this as P. audax, saw the inscription second guessed my first impression … moved it to regius … took a closer look and didn’t see the features I associate with regius. It’s easy to mix these up. The location is a little suspect for regius, the anterior spots could be worn but are typically rounder/fuller on regius. I don’t know how much variation there is but I also had looked through the collection of P. regius on BugGuide.net and didn’t see any that had such striking white bars on… Read more »

Nice! i didn’t notice that… I should have confirmed my suspicion from a reliable source

Things are not correct on this forum….. More people to post sightings and less people to identify them. I sense a disaster ………oof 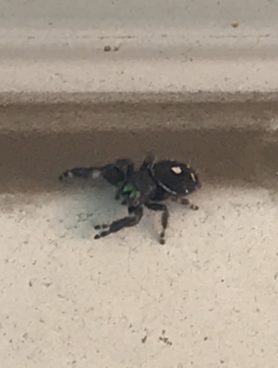 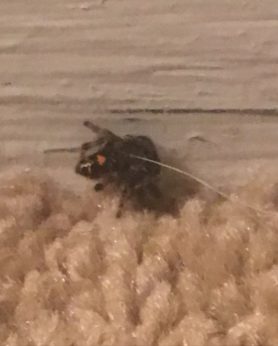 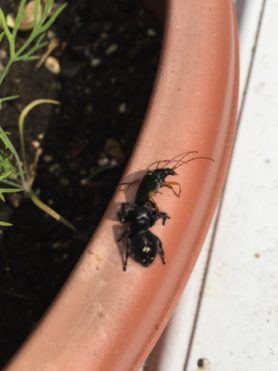 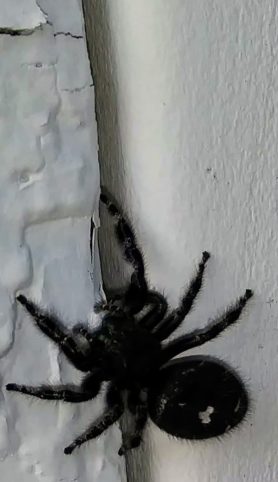