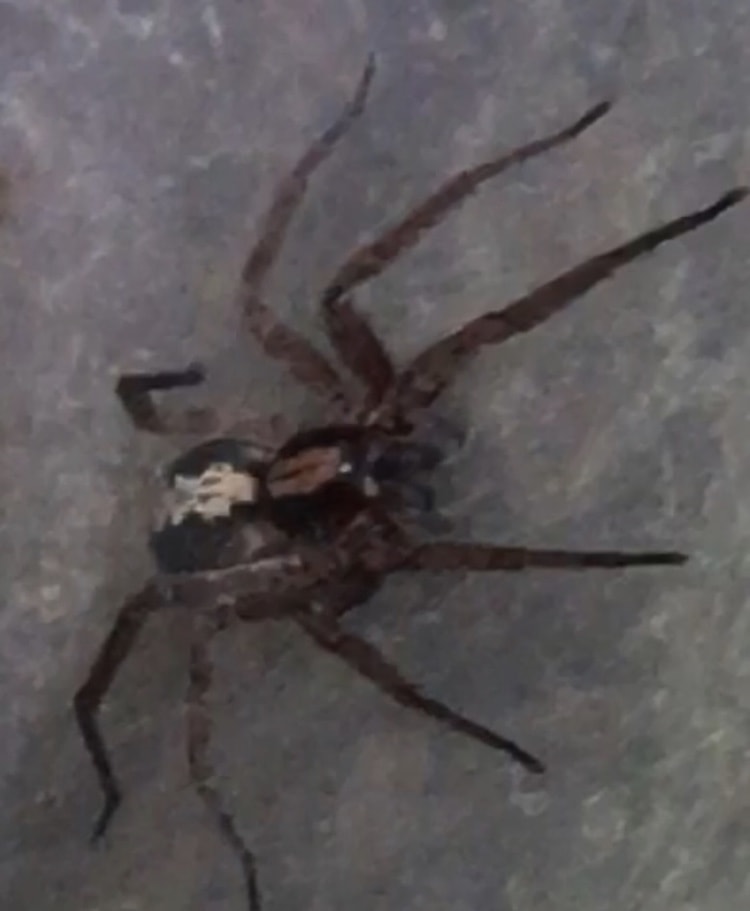 Ctenidae hibernalis, or wandering spider, commonly mistaken as a “tropical wolf spider” and also known as “false wolf spider.” This photographed specimen, has the typical markings of other wandering spiders in the Southeast, C. hibernalis. However, on the upper abdomen, the markings are a district whitish color, instead of typical brown that matches the brown markings on the head. It is unique to the Birmingham, AL area of the state, particularly, near Samford University, with the first one documented online in 2009 and this one in October, 2018.