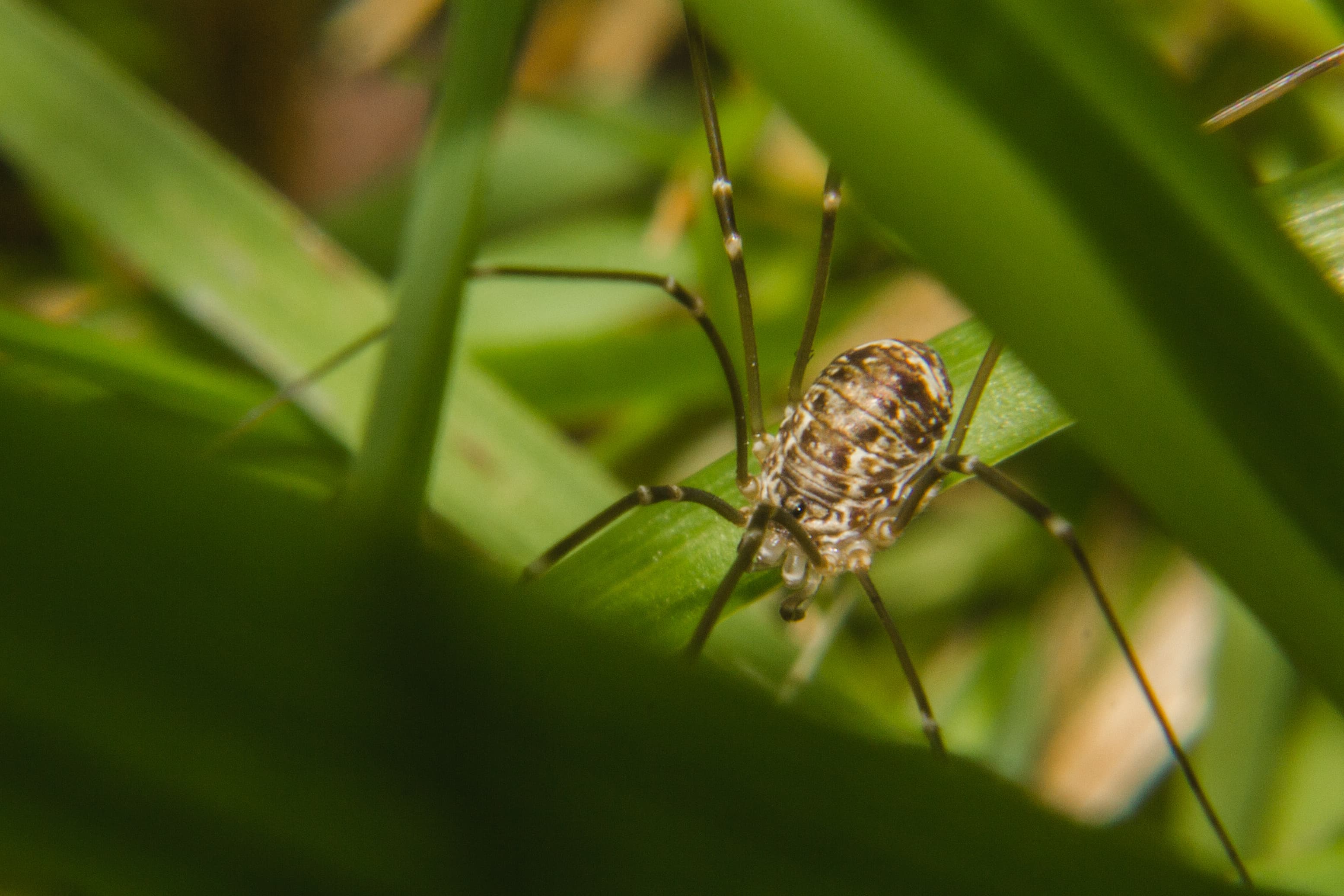 Hi there this is a harvestmen witch isn’t a spider

You know a lot about spiders??

I know a good amount about spider and bugs that lo like spiders that are not like havestmen.

What do you mean?

There’s also many bugs with 8 legs and may look like spiders that aren’t spiders. For ex. Sun Spiders/camel spider are not spiders there actually a solifuges

Like a real daddy long legs that you see everyday in your home??

That’s a really cool looking spider and a fantastic picture

The ones in a house are Cellar Spiders in family Pholcidae. They are real spiders. The one in this photo is unfortunately also called “daddy long legs, ” ” Harvestmen” is another common name for it. It is in class Arachnida, but order Opiliones. Spiders are in order Araneae. Opiliones have one body segment, Spiders have two. Male Opiliones mate with their penis, spiders are more complicated. Opiliones can chew food, Spiders have to dissolve the prey’s insides and drink them. Opiliones don’t have fangs or venom, Spiders do. That sums up the main differences between the two branches of… Read more »

No so daddy long legs is used for various spiders and arachnids. This is a harvestman, not a harvestman spider. It is an arachnid but it is in the order Opiliones, which are not spiders. Spiders fall under the order Aranae, as I’m sure you know.

Right, Arachnids are not necessarily spiders; opiliones are arachnids, as are aranae, which are spiders.