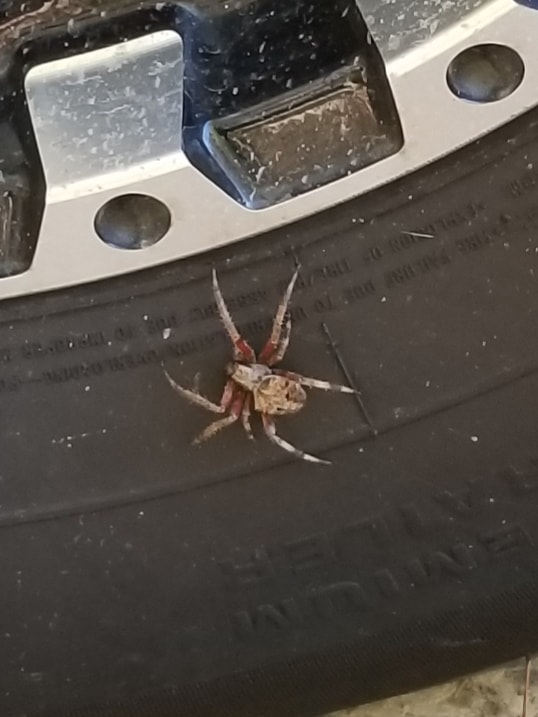 I originally found this spider on my jacket after walking through the woods. It could have been in a web and I walked into it, but I’m not sure.

She resembles Neoscona domiciliorum, a Red-femured Orbweaver. This site doesn’t have any confirmed sightings of this species from Arkansas, so I’m not certain. Yes, you probably walked into her web since the females stay in or near the web and they can’t jump.

Better to rely on BugGuide.net for U.S. & Canada range estimates.

Got it. 😉 I just got an identification of a Lesser Pine Katydid, Orchelimum minor, from Bugguide today. I was impressed with the detail of the range info I was given.

Yes, the little guy will build huge webs, in some rare cases up to 8′ in diameter.

Chinese horn spider. They are an introduced species to the United States. The USDA goal was a reduction in the pest species of tent moths. They are relatively harmless, but the bite is still painful. I used to keep one as a pet in Washington State. It ate a lot of moths and mayflies.

Do you know the Latin name of the species? Nothing came up in a search of the common name. I am very interested in invasive species control. I’m on the East Coast, so I haven’t heard any alerts about it. There are some species called “horn spiders” that are burrowing species. I’m sure this is an Orbweaver spider. Please add a link to this conversation about the invasive spiders.

I’m searching, currently. I read it in a guide to spiders of the pacific northwest and emailed one of the researchers who was part of the study from Eastern Washington University who was in the citations of that guide. I sent pictures of how big the spider was getting in captivity, which was ridiculously larger than any I’d seen around Colville National Forest, where I frequently camped and encountered what, to me, was the largest orb-weaver I’d encountered. I also said tent moths when I meant gypsy moths, specifically. I was a boy scout at the time and this was… Read more »

So imagine the red-femured orb weaver, but crossed with a Jewel Spider. Araneus gemmoides. Mine had more curved horns, though. No cat-face, like the obvious predominant orb weavers I caught and kept in California.

Damon, Do you still have any photos of it? Araneus gemma is the most like spider with red legs and projections in California.

It is a “Red Femured Orbweaver” spider,
Generally harmless to humans unless allergic to the vemon, otherwise just some itching and discomfort around the bite area if bitten which is highly rated and extremely isolated across North America, they are highly populated and quite docile across the Ozarks of Arkansas but can be found across the entire state. They are exceptionally good to have to get rid of some of the airborne pest such as mosquitoes, flies, and many dangerous hornets and wasp. 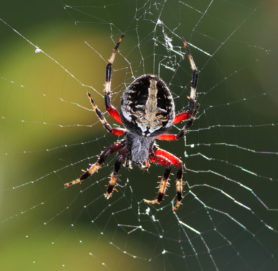 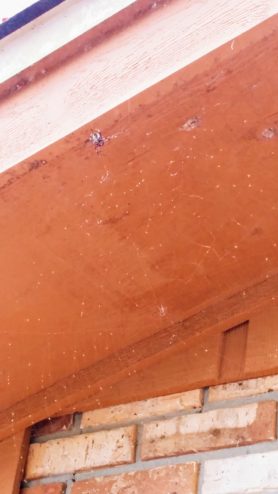 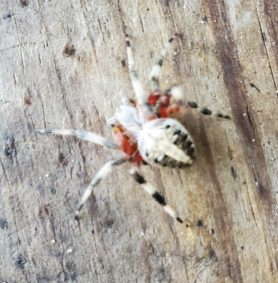 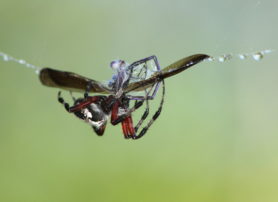