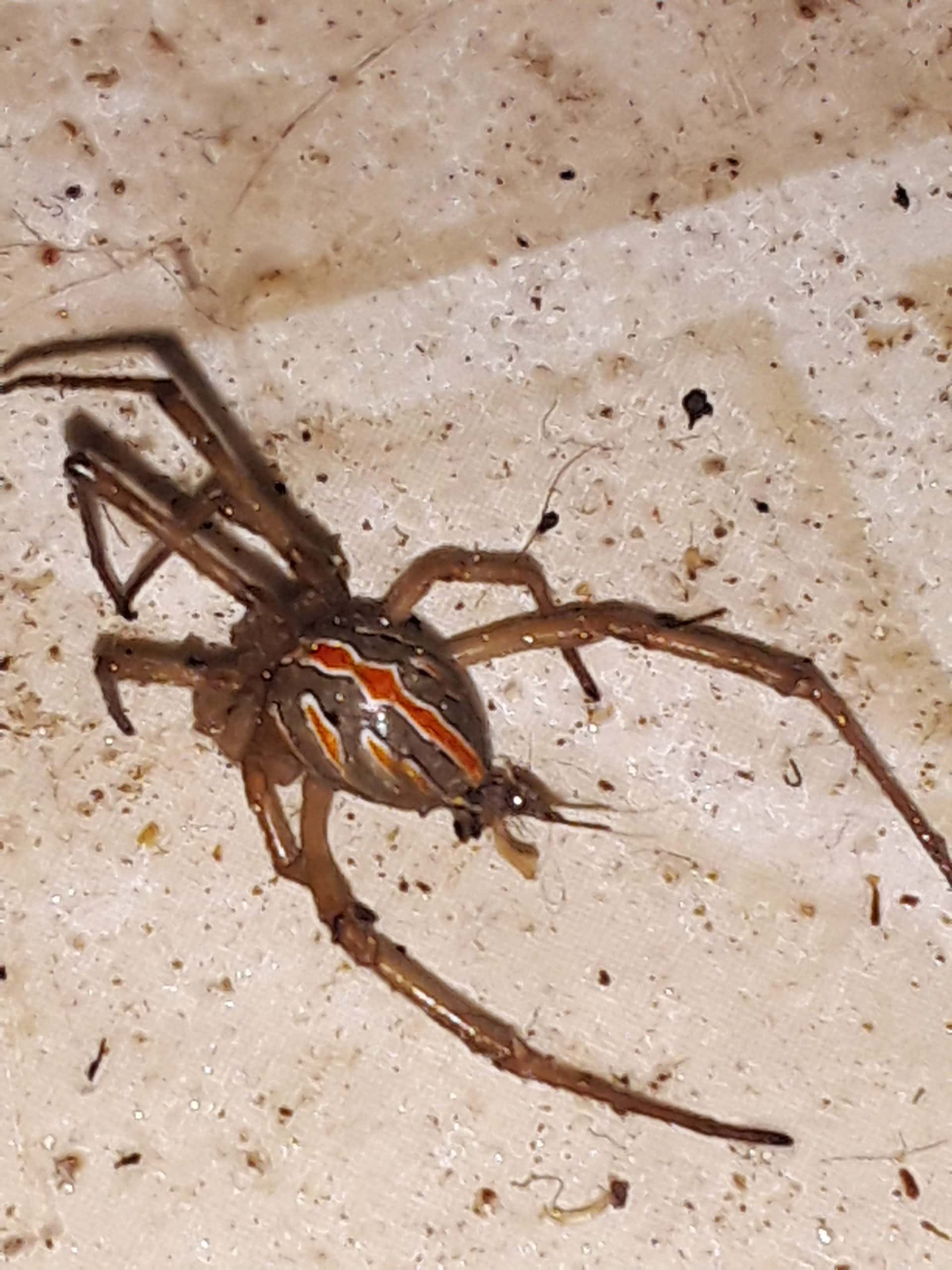 This was probably an immature Western Black Widow, Latrodectus hesperus.

Or even a brown widow perhaps?
https://www.insectidentification.org/insect-description.asp?identification=Brown-Widow

Unlikely. Brown Widows usually have orange or yellow markings rather than red. They also have dark stripes on their legs. Not that I’ve ever seen a Brown Widow in person; I’ve only seen pictures.

Paging, the link you used is for a pic of the underside of a Brown Widow, which has an orange-red mark. Your spider’s photo is of the topside (dorsal) of the spider, which has orange-red and white markings in immature spiders. So, they look similar to you because you are comparing the top of one species to the bottom of another. Here’s a dorsal photo of a fairly standard Brown Widow https://spiderid.com/picture/61459/ Some have orange stripes, some don’t. I asked our Site Moderator, Itsy Bitsy, to confirm the identification one way or the other. 🙂 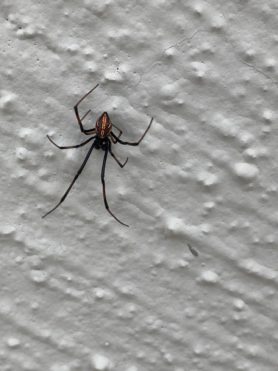 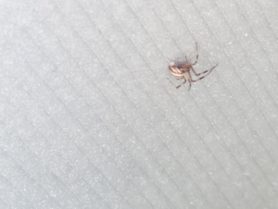