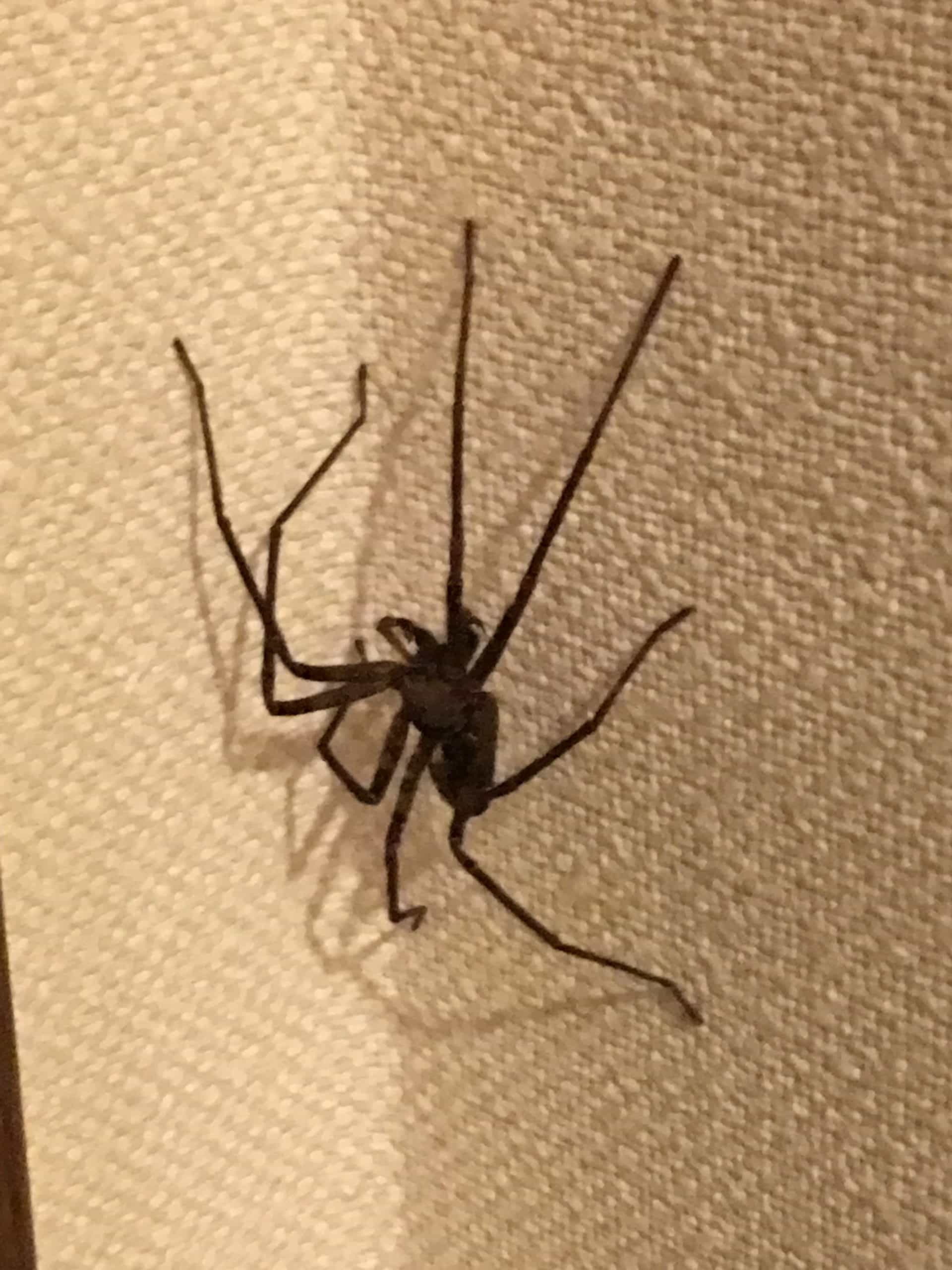 I formerly lived in the city and am very familiar wth the “Ashidakagumo” Heteropoda venatoria. It is not one of them. It is slightly smaller and almost black. It is slower and seems less robust than the huntsman: “floppier”, dragging itself across the walls rather than running or jumping. I have seen no webs of any kind, though the spiders are found throughout the house. The house is surrounded by damp mixed forest, on moss-covered lava rubble. I have also found the predator/parasite “Kamakiri-modoki”(=psuedo-mantis) Eumantispa harmandi, (mantis fly?) both inside and outside the house. The spider’s locomotive style would make… Read more »