She’s a lovely Arrow-shaped Micrathena. The Latin name is Micrathena sagittata. She’s an orbweaver kind of spider. They are usually brighter yellow than this. She isn’t dangerous to people beyond the annoyance of getting a face-full of web on a hiking trail. Seeing cool pointy spiders like this is worth it.

Wow thanks! The yellow was pretty bright but the picture makes her look dull. Are they pretty common?

They are found roughly in the Eastern half of USA and in Latin America. I don’t consider them common. I’ve only seen one (South Carolina). I was actively looking for spiders at dusk in brush with a flashlight. That’s how I spend my vacation time. We don’t have many sightings relatively, neither does Buguide.net. Eventually iNaturalist may be the best site for widespread population reports because that site covers the most types of living things over the largest area year-round with Worldwide volunteers. Some of our site’s most commonly submitted spiders are: Nursery Web Spiders, Dark Fishing Spiders, and one… Read more » 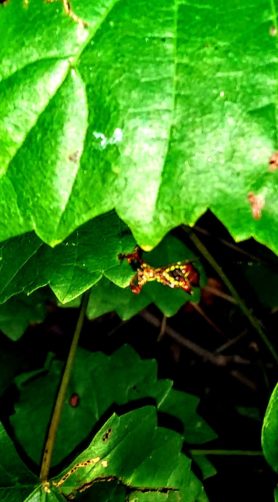 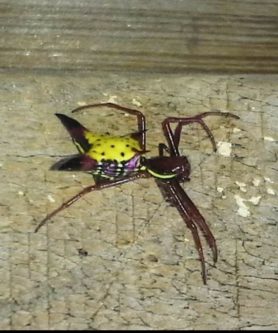 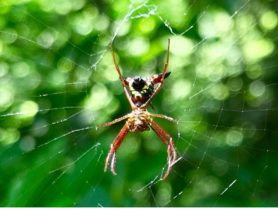 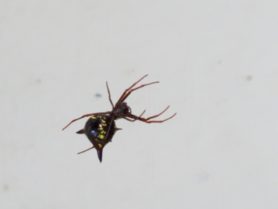